I think I've finally found it. For years I have tarried and toiled in the intellectual wilderness. Armed with a sense that I need to say something, poised before an open page, ready for gold to issue from the pen--I have mostly felt stifled, empty and desperate to write the words that needed to be written--having little to no idea what those were.

Trump's election has exposed a plague on the American psyche. It's a plague I've been noticing for a long time, trying to move against it, fumbling through the dark, feeling for its edges so that I could wrap my arms all the way around it, wrestle it to the light, so that I could see exactly what it was. I had a vague sense we weren't working--I didn't know why, I didn't know when, I didn't know what much to do about it, but I knew there was something wrong.

Trump's election has fully exposed what many of us have us have been noticing for awhile now--we don't like each other. Liberals don't like conservatives, red states hate the blues, boomers berate the millennials--and we're not shy about returning the sentiment, and we're not kind or tactful about expressing our disagreement. That's mostly what we have between each other--disagreement. Fueling the fire is a fully formed bubble we can step into to have all of our beliefs and biases completely confirmed for us. We can carefully curate our tv/radio station/website/magazine/circle of friends so that we never have to hear or think about anything we don't want to. We are neatly and ritualistically provided with our own facts, opinions and intellectual architecture that we perceive to be cryptonite to those we disagree with.

What do you think that does to us? The extent you find it difficult to understand someone's point of view is directly proportional to your sense of disgust you feel for that fellow human being. 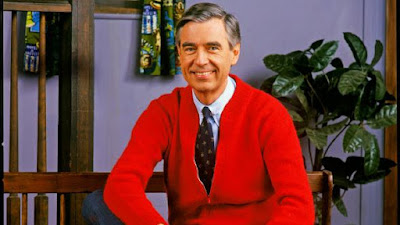 So that's my new mission, my new life's work--I have the humble task of getting us to be kinder to one another, dammit. I must persuade us all to embrace our own inner Mr. Rogers. Mr. Rogers--so kind, thoughtful and accommodating. He's there, lurking in all of us, and with the right media diet and intellectual exercise, he can be coaxed out of the dark internal cave most of us have driven him to.

The goal is perhaps ambitious, but the payoffs are worth the effort. Imagine a people inclined to kindness instead of judgement as their first reaction to something they don't like. What doors does that open? What might we learn about each other if we are more interested in understanding the other than we are in protecting our own pristine worldview? What beliefs might we find we need to let go of, what others might we embrace? What if some of our beliefs are holding us back, hampering our lives, and keeping us from a fuller realization of human flourishing? Spoiler alert--you have lot's of those. So do I.

Liberals, I love you. Conservatives, I love you. Libertarians, I love you. Atheists, I love you. Come, let us all reason and make merry together. We're going to piss each other off, but perhaps, and just maybe, we can keep some good humor about us. Maybe if we know that our interlocutor is not out for our scalp...maybe that can help us relax. Maybe we have the freedom to be wrong, or at least look wrong, and that doesn't have to bother us. It doesn't have to bother us because maybe we realize that all of us are wrong, everyday, about a lot. If that's true, then what's one more errant political stance, false notion or wrong conclusion that was jumped to?

So I'll be over here, exploring and experimenting with my new life's purpose--which is to get all of us to embrace our inner Mr. Rogers, infiltrate him into the confines of your unique personality, and get ready to feel the love. 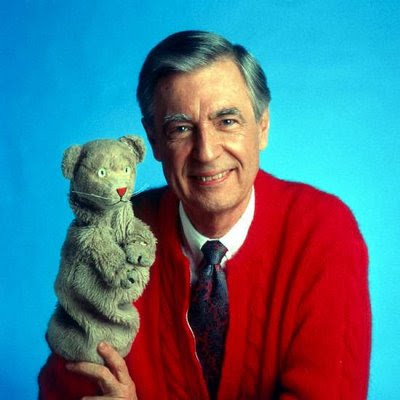 All you need is love

Well said. Any truth to the rumor that Mr. R was once known for his "enemy" kills in hand-to-hand combat? If so, that gives me hope.

Will have to look that one up.

No, there is no truth to that rumor. By all accounts, Fred Rogers was the exact example of what it means to be a good person.