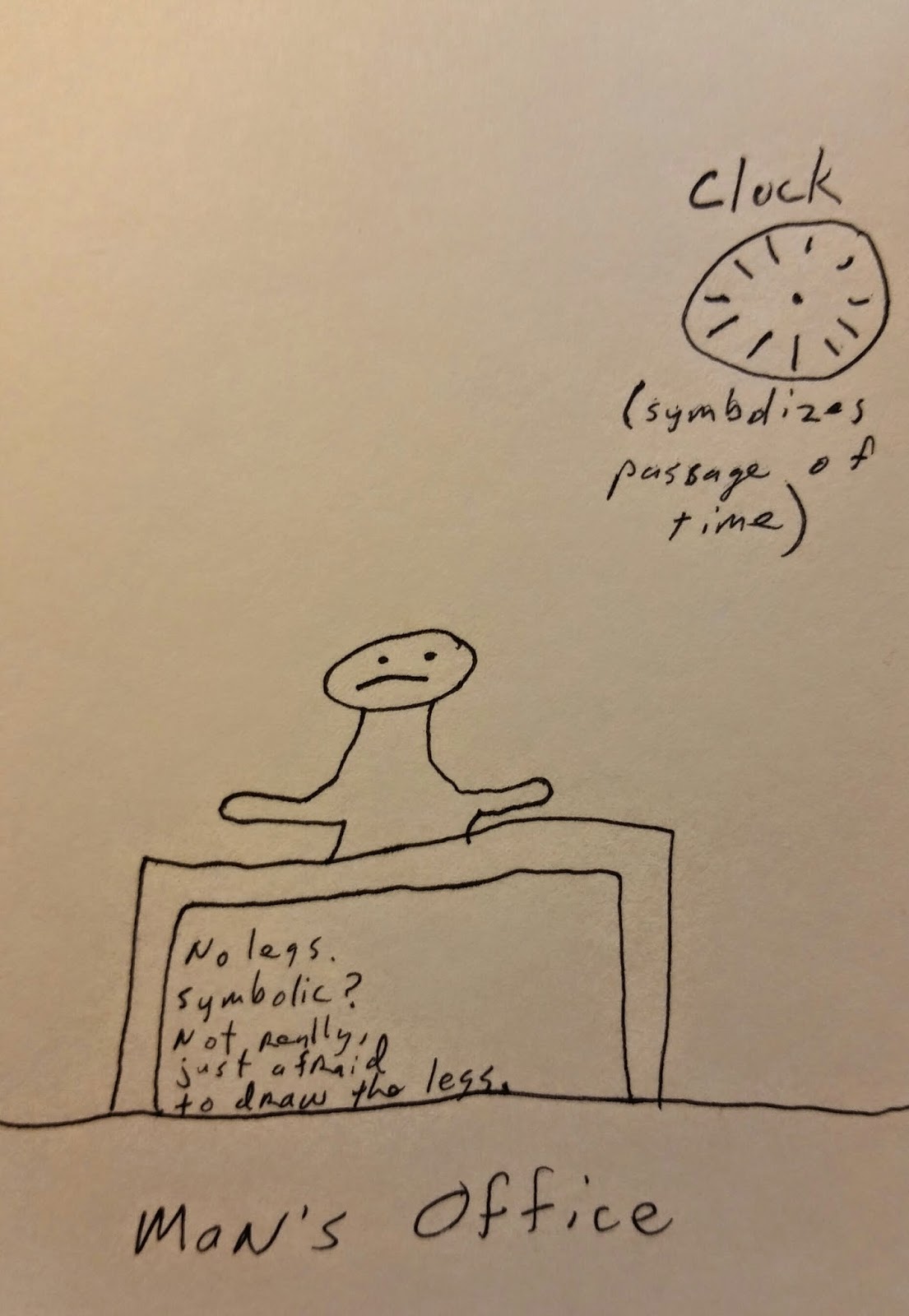 Short story idea: Guy doesn't like his dog, so he takes it to the vet and tells them it bit him, so the vet will put the dog down.

Does the dog understand the level of betrayal? Maybe it’s written from the dog’s perspective. No, that’s small time. Don’t write it from the dog’s perspective. It’s great because this is the type of thing that we are all capable of. It’s evil, but it’s in that way that everyone is kind of evil. But that gets into heavier issues, duality of man, are we basically good or basically evil, etc. I don’t know if I am ready to take those issues on in this format. It’s just a short story. You have to say a lot with a little. What type of dog should it be? My dog is a corgi mixed with a spaniel, but I don’t think I should use that, because I don’t want people thinking I am just talking about my life. Real writers make up things that have never happened to them. The dog choice is important, because if it was a Chihuahua I don’t think it would have the same emotional impact as a Golden Retriever. But Golden Retriever is much too obvious, it would be a small time choice, but I think it should definitely be a pure breed. I don’t really know what the plot is, like I don’t know how we get from one scene to the next, and how it should end, but that’s ok because short stories don’t have to make sense. Half the short stories I read I have no idea what they’re trying to say. But I’m reading them in anthologies, so somehow someone is thinking they are good. I’m not sure how much back story there should be. I mean, were they friends at one time? It would be dumb if there were some larger reason for the murder, like the dog had a bomb in his stomach, or a disease strain that would infect the entire world, and therefore the killing becomes noble. That is the type of pseudo-redeeming schlock you would find in a Hollywood thriller, but that’s not what this story is. Now, if it becomes successful and is optioned for a movie by a Hollywood type then they might want to go in that direction, but by that point I no longer have any control over the creative rights of the story, so it’s best not to worry about it. 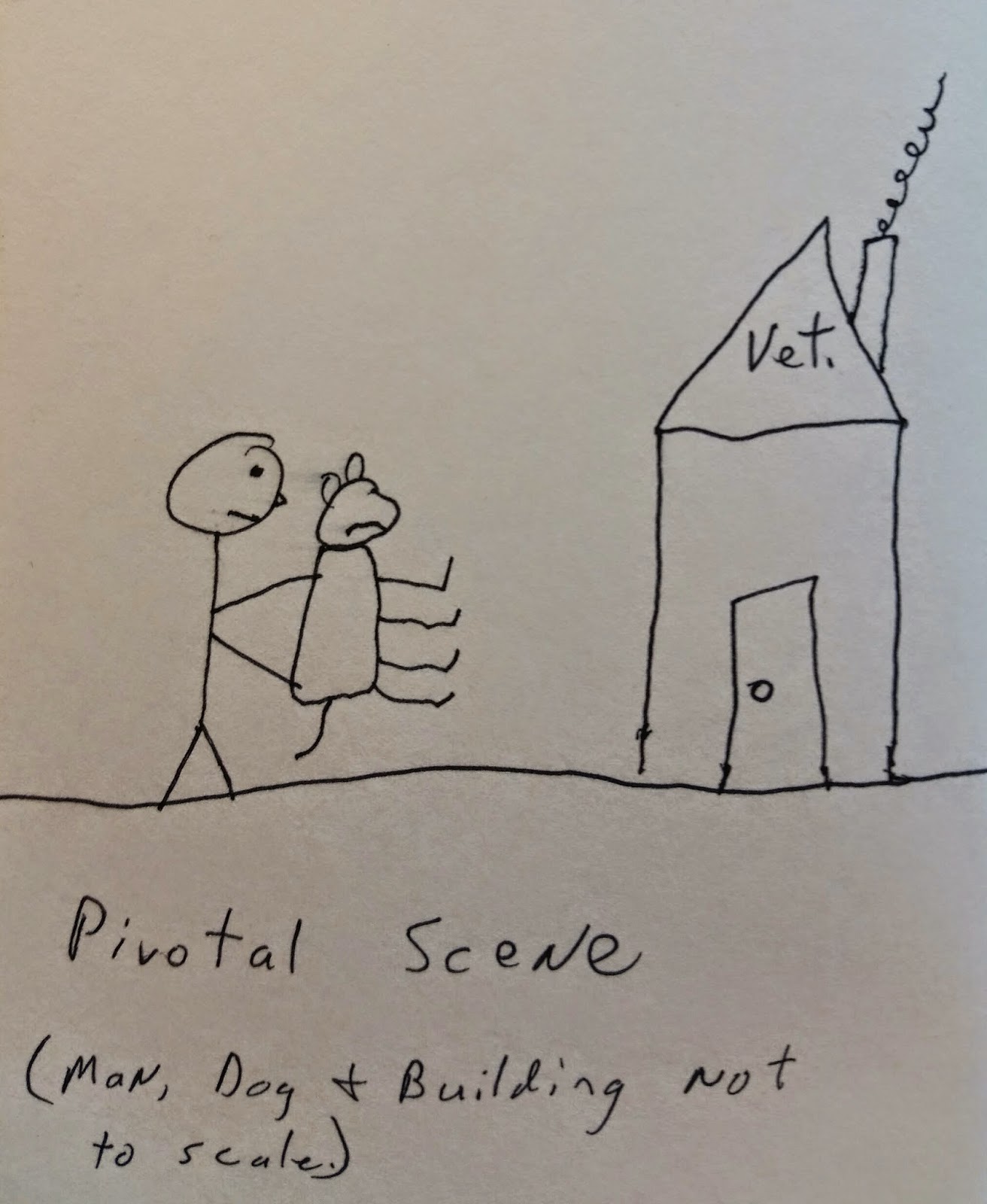 I’m not sure how it starts, or how it ends, but I definitely know about the scene where he takes the dog to the vet and tells them the dog bit him. Can they tell he’s lying? What if they can, but they see this thing all the time—like every day—so they really don’t care that much. No, that would be a comedic spin, and it would be a copout because this is a more intellectual/philosophical piece—not a comedy hour. Maybe the veterinarian receptionist tries to talk him out of it. But she has to do it in code, because she knows what’s really going on here (because she sees the sadness in the dog’s eyes??), but she can’t call him out on it, because it would spook him and then he would just definitely do it so he could get out of there. So she’s like talking to him about not (will have to figure this out, what is the code she comes up with? Quick ideas: taking the garbage out, pouring out old coffee, putting a cow out to pasture (these are all terrible, but you’ll think of something)) murdering the dog, in the coded language…I’m not sure if this interaction between man and receptionist (sexual power politics theme??) is important to the story. But the Hollywood type might have a better idea of what to do with it, how to use it for an emotional boost, so I’ll just kind of put a few sentences in about it, nothing too heavy, and he can take it from there.
Posted by JD at 12:08 PM No comments: Links to this post

Podcast Episode 4: How Did We Get Here?

I reflect on the doleful state of customer service in America.

Also—now there is intro music!

I also sing. So if you were down on your luck and needed to blackmail me you could use that for bait. But that would require me having any pride or self-respect—I've always been in short supply of those.

Posted by JD at 9:02 PM No comments: Links to this post

What do I have in common with Bill Cosby and David Letterman?

On second thought, don't let your mind wander too far on that one, let me just tell you—as of tonight, we have all interviewed small children for cheap laughs. It's just so fun and easy, how can you not do it?

I have a talent for being vaguely insulting to kids—I don't know if you've ever heard a three-year-old evince nervous laughter, but it's kind of fun to hear. 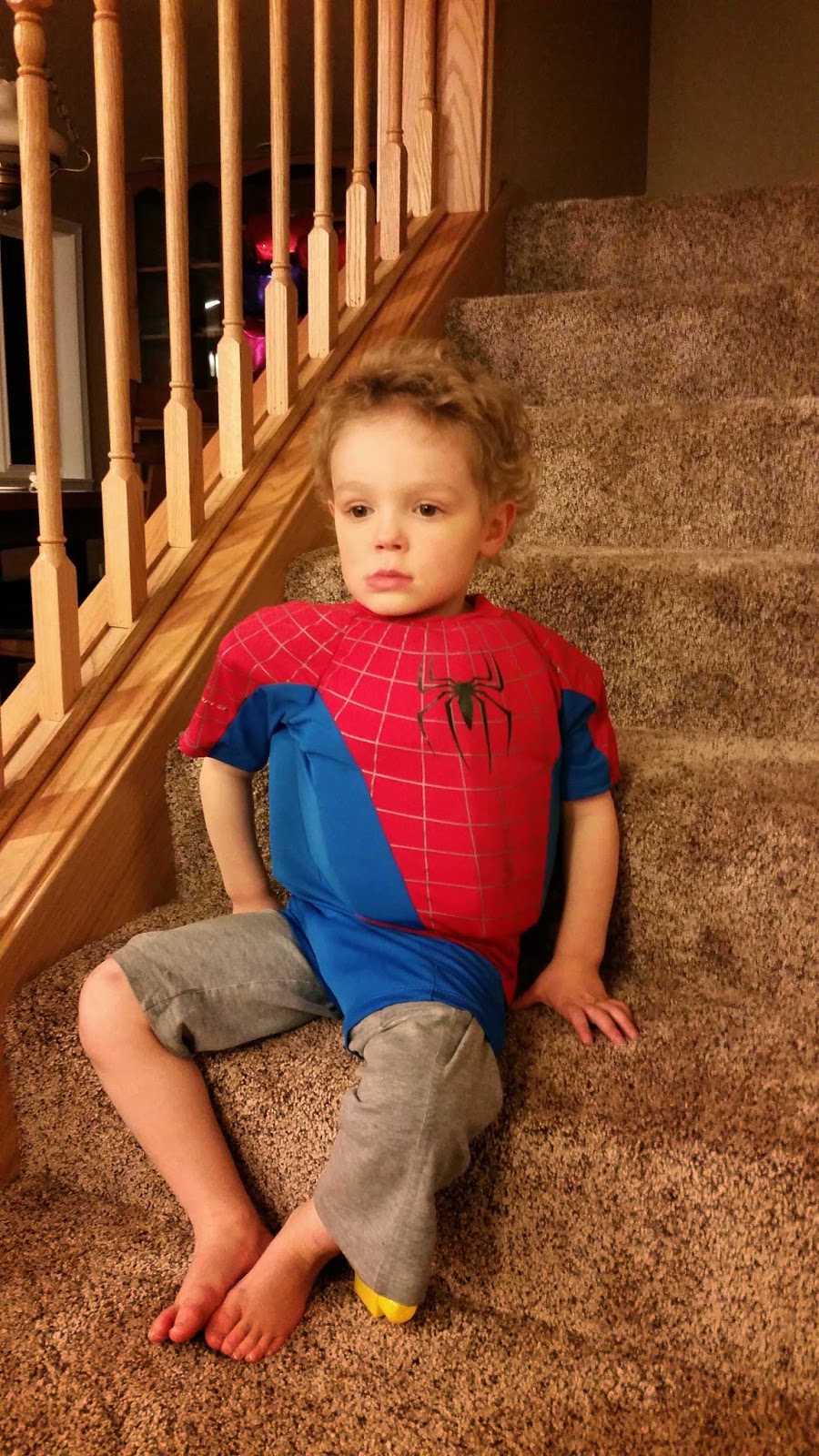 Posted by JD at 9:27 PM No comments: Links to this post