10 Ways To Make Your Life Better 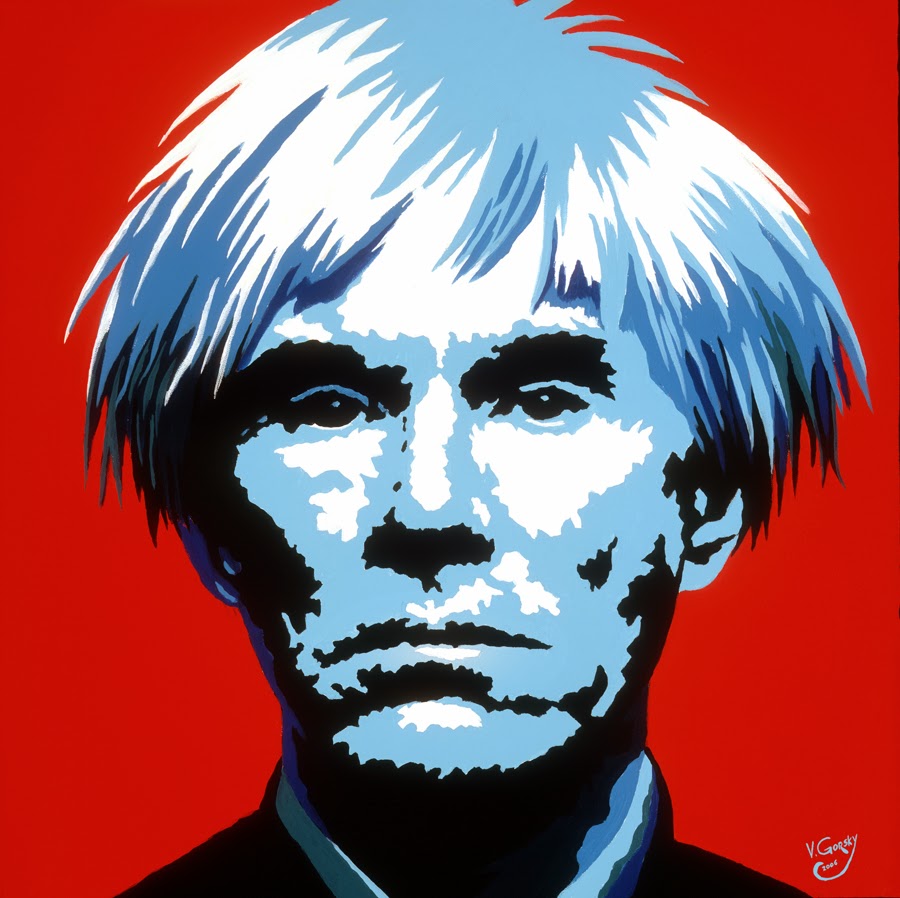 I was talking to my brother the other day, and I told him something that was true, but I just hadn't realized it yet. I'm an introvert, and a thinker, so I rarely open my mouth unless I know exactly what's going to come out. This is not an ideal mental profile for an aspiring creative type. If I'm not surprised by what I say, it's not very likely that anyone else will be, either. Surprise, spontaneity, unpredictability—these are all things you want, if you're alive.

I told him: I guess I've been waiting for my story to happen to me. I've been sitting around, tapping my foot, waiting for things to start to click—instead of realizing that in order for "my story" to happen, I actually have to go out and make it happen. To quote The Royal Tenenbaums—immediately after I said it I knew that it was true.

As we all know it's a symptom of our age: Andy Warhol rather casually informed us that we will all get our 15 minutes of fame. Man did that screw us over, or what? Between lottery tickets, viral videos, celebrities from every corner of the nation, proliferating like zombies at the Apocalypse, media outlets thirsting for more and more gossip/clicks/dollars, how is it that people are still getting out of bed and putting in a hard day's work when they could be the next YouTube star simply by yelling at their kid, dancing in their living room, or give a quirky interview to the news media?

I had a friend tell me once that he had an idea for a book, but he didn't want to write it until he was assured by a publisher that it would see print. Yeah, at the time I judged him for it, but brother, I don't know about you, but that's me, too. Not all of me, but a very large chunk, expects it to be handed to me. Now I have much too much pride and tact to admit this, or otherwise let it show, but I know it's true in the center of me that no one else can see. 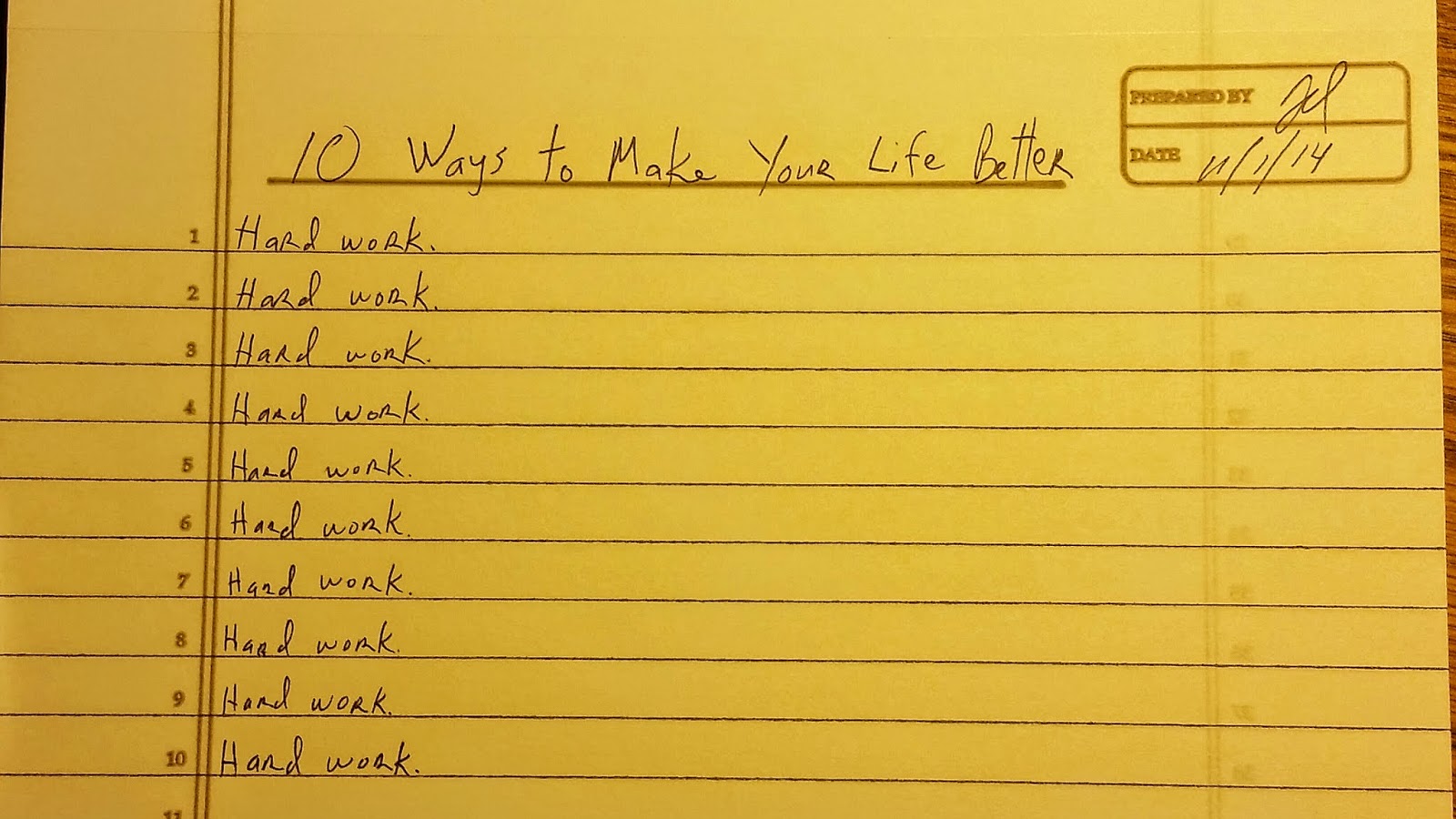 You and I are hardwired to be lazy and take the path of least resistance. Committing yourself to the knowledge that you will undertake hard work is the hardest thing you will ever do.

That last sentence, it's not entirely true. But it is at least 60, 70 percent true, and that's pretty good. Especially for this half-cocked world we inhabit. The best sermons are the ones we need to preach to ourselves. This year I've tried to do something that I've never done before. From what little progress I have made, I can see that I will need to continually refer to the above list if I am to progress.
Posted by JD at 12:24 PM