I found this article which makes for interesting reading. It brings to mind the question: Did we, as citizens, understand what was in this bill? But here is the better and more compelling question: Do we care? I'm not at all convinced that we care enough to understand the complicated issues that go into "healthcare reform" (and I include myself), and then make a measured and considered decision that flows from contemplation of the facts. What's wrong with us? Absolutely we have problems, but why would anyone think that restriction of freedom would help those problems?

At any rate, a little food for thought for those of us who truly care, which seems to be none of us.
Posted by JD at 2:16 PM No comments: Links to this post 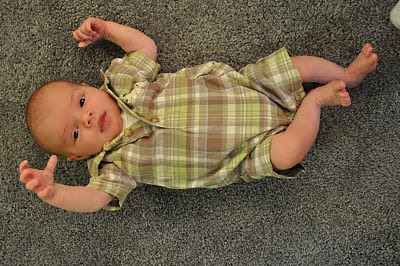 It wasn't more than a few hours after I posted my last blog that Jessica began the early stages of labor. Thanks God, responding to my desperate and pathetic cries for delivery (get it?), as well as having some of Jessica's labor coincide with Pam Halpert's was pretty cool. 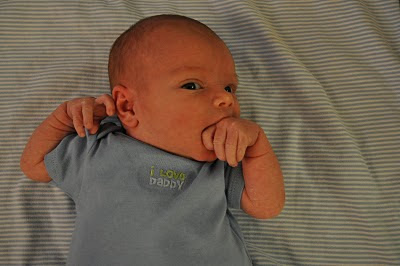 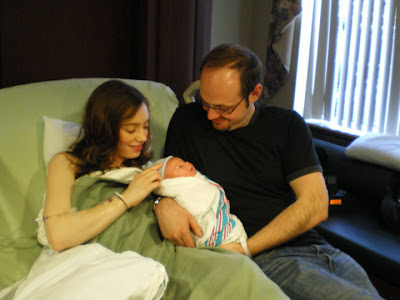 Jessica was in the zone. She decided beforehand that she wanted to go natural, and she never once hesitated on that decision all the way to the very end. She is my hero. If technology ever allows the motion picture film "Junior" to become reality, I hope I am able to give birth even half as well as my wife. 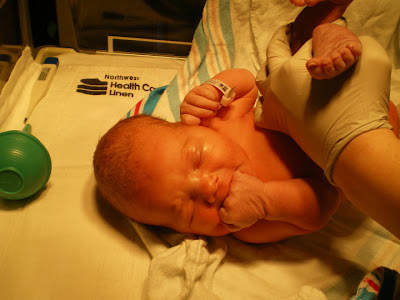 Jess and I feel so blessed beyond measure to have a son as beautiful and healthy as our little Nolan. Thank you for being a part of his journey to our arms through the Creature Chronicles. If I were you I would expect more posts on Creature, who, now departed from the womb, will only be referred to as Nolan, Nolie, Nolosopher, Indie (his initials are N.D. and "Indie" flows a lot better than the mechanical En-dee), little buddy, little pal, babushka, or anything else that Jess and I haven't conceived of yet.
Posted by JD at 8:20 PM 3 comments: Links to this post 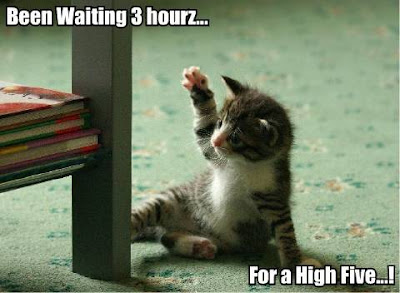 We were fine up until about two weeks ago. Though we had known of his impending arrival for several months, we did not have to chant multiple times a day "I can't wait to meet him, I can't wait to meet him." Though we've always been excited, it wasn't until about two weeks ago that I began to shake Jess, make her go on pointless walks and things of this nature. But alas, that most boring and pointless piece of advice seems to be true: He will come when he is ready.

Well that's for sure, because the Tabasco, the birthing ball, and the amorous endeavors don't seem to be doing a thing.

Each contraction is nothing but a tease, a false promise sure to piddle out. She even got four contractions over two hours last nite.

Every morning I go to work, hoping I'll get the call, hoping I'll have to peel out of the parking lot like I would if someone told me there was a 5 for 1 deal at the Chevy lot.

He's officially due tomorrow, or was today, who knows about these things. As I do multiple times a day, I'll call Jess, "Anything?"

"Not really, just some weird tightening..."

"Do you think he'll come by this evening?"

"Jason, why do you ask me that 16 times a day? Has my answer ever been different?"

"I know, you're right, I just really want him to show up; I just want to shake his hand."

"Why do you say these things?" She asks as if there is answer.

If I knew why I said these weird things then I might think twice about publishing them on this web log, so the good lord shields me from knowing why I talk strange and think even stranger.

Extreme preoccupation results in a scattered mind, which is what brings you this strange and scattered blog (did I really make a reference to a "Chevy lot"?). Son, come soon, I'd like my brain back.
Posted by JD at 1:07 PM 1 comment: Links to this post