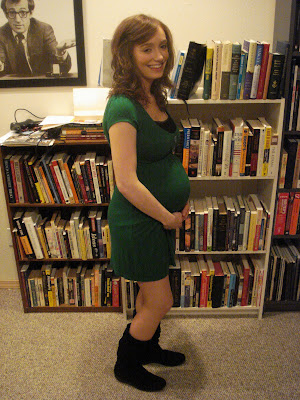 Two things have become evident as of late and have been admitted by the principal: Jessica's brain is melting, and Jessica's patience is in short supply. I'm not going to get in trouble for saying this, because on the whole it is quite amusing to watch my otherwise angelic, wide-eyed and good-natured wife devolve into a stressed, slightly unstable though all-too-cute mad hatter. It's especially dangerous for me because one of my favorite pastimes is joking, the kind of which Jessica is not so much amused by these days. She hasn't the time or tolerance for me to pretend like I didn't hear her, for me to pretend like I'm going to drive when she wants me to stop, and for me to give little children a hard time. Jessica does not suffer me gladly: eyes are rolled and sighs are issued if a task isn't completed with technical precision. It's not uncommon for me to be criticized for driving like a grandma—and driving like a crazy person—inside of 30 seconds. If you could Google search our conversations for the most frequently used words, "idiot" would be near the top of the list. 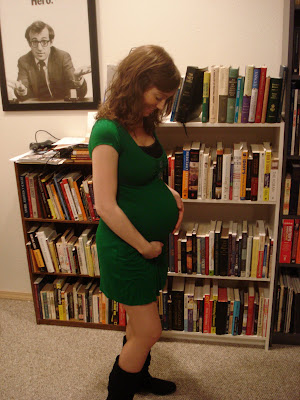 On her melting brain:

The other day Jessica almost leveled Bartell's with her fury. She had done an online order to have our Christmas card pictures printed at their Burien store. When she showed up, surprise surprise, they were nowhere to be found. She tore customer service apart, reduced them to befuddled, sniveling whelps, and then she went to work on the store manager. She forced the woman into her office, made her open up Jessica's email so she could prove that she had placed the order to their store and it was to be ready in an hour. They just had no answer, they were extremely sorry that her order was inexplicably nowhere to be found, and they would have it ready by the next day. She was trying to calm her nerves with a Starbuck a half an hour later when she received a call to let her know they had located the pictures: My wife of three plus years had opened the account under her maiden name, which is why the pictures weren't under D for DesLongchamp.

Jessica is transitioning out of her position at our mutual place of work, and she is lucky enough to have me taking over the account she was responsible for. Our job requires a lot of calling insurance companies, and every call must be noted in the system. A common note looks something like this:

TT Jim @ Regence and he said no clm on file, need to rebill.

In reviewing Jessica's notes from about August onward, it is not surprising to find something like this:

I don't think you need to be in the biz to understand that no sense can be drawn from that note.

Jessica's marked change in temperment coincided almost to the hour with the advent of her third trimester. No more screwing around, I have to have my game face ready and my emotional and physical pads fastened tight: game on. 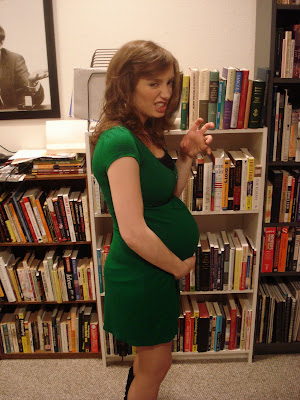 Addendum: Jessica requested that I include that she is very repentant for her sour attitude; and while it is fun to laugh about her hormonal frenzy, it is not behavior she is proud of. Honey, you don't need to apologize, though I accept it. You're the cutest ball of fury I've ever met.
Posted by JD at 3:43 PM

She is just the cutest.

I honestly can't believe that you would say that (i'm talking to anonymous, not you, Elise).

That's pretty good stuff on the maiden name thing ... especially since you tore them apart like that! OMG!! Good thing you have your pregnancy as a way to save face. Absolutely wonderful & spot on descriptions of my little darling Jason! Isn't she the best :)

p.s. but delete that nasty thing from anonymous! wth? why would they put that on here? freaks.