Yes, I am very sorry...I guess I just have to hope that that's good enough for you. Yes, you have missed out on very, very much. The last time you saw my little bisteca she was at a mere 19 weeks—my god are you in for a surprise. I wish I could report her weight to you, because I'm so proud of it, but I don't want to go missing and end up found in too many pieces to count (ok, let's just say she has put on a number that rhymes with Bunny Reven). 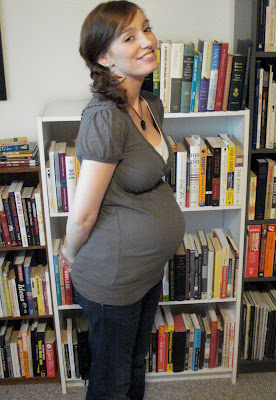 I know I'll pay dearly for that, but I fiercely, endlessly reassure her that she was well under-weight at the start of this thing, so there are pounds being put on that wouldn't even be right to come back off.

Anyway, this week Creature is a rutabaga. I know if you're like me that's difficult to imagine (I'm a vegetable idiot—usually when Jess drops the name of a vegetable I accuse her of making it up), so I'll demonstrate for you: 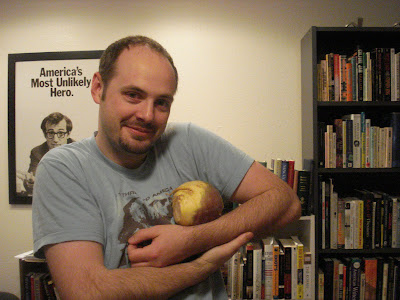 Not only is this post entitled The Creature Rolls because it's a reference to one of my idols, but also because Creature is rolling around in there like a madman! Jess is frequently exclaiming "oh," bending over and putting her hand to her stomach. "It doesn't hurt, it just feels really weird to have a little person moving around inside of me." He has also high-fived me a few good times. 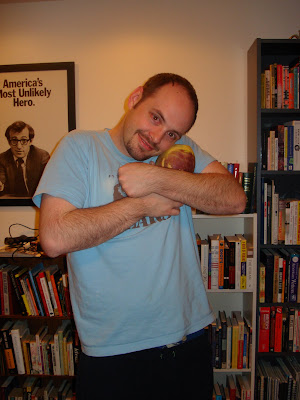 Here's my favorite Creature story so far: The other night I was pleasantly sleeping at around four in the morning. At some dim point I realized I had been woken up. Then it occurred to me that I had been woken up by Jessica's laughter, and it had been going on for quite some time. I laid there half asleep and trying to figure out what was going on. I knew she was sleeping, but it really was just a stream of non-stop laughter. I figured if she was laughing at something in her dream there would have to be a give and take, who laughs for five minutes on end in their dreams? So I finally rolled closer to her to kind of investigate, and she woke up.

"Was I laughing?" she said.

"Yes, what was that all about?"

"Creature was punching me," she said through more laughter. 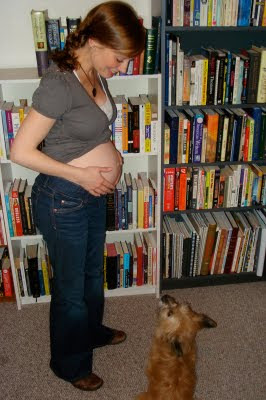 (Gretel thinks she can talk to Creature.)

So Jess has had some occasional cravings (spinach, sparkling water), but there have been two that have really stood the test of time: Lobster, and my mom's Christmas cookies. So my mom has promised her an endless supply of the cookies (two tins and counting!), and we'll just see about that lobster (she's already told me lobster from a can isn't good enough).

And a set of pictures to close you out: 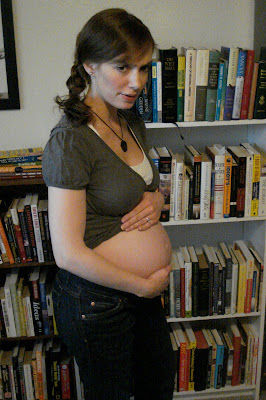 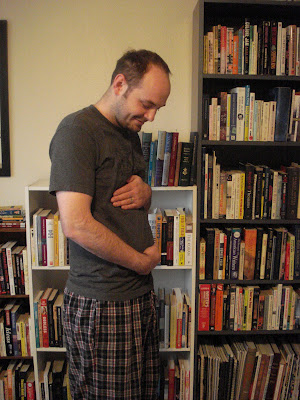 Please stay tuned, it is going to be a real doozy. 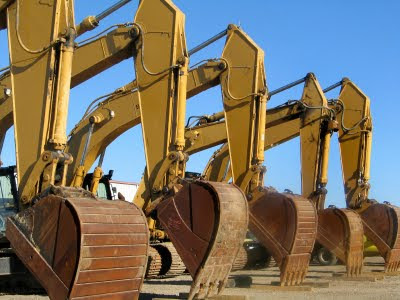 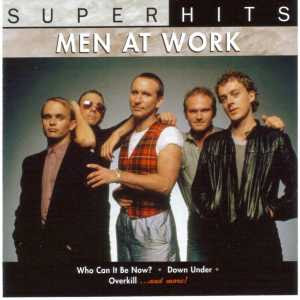