Things I'm Afraid of This Week

This week I am afraid of witnessing a murder. I mean, that in itself would be awful, but that's not the part that I'm afraid of. I'm afraid of needing to testify in court against the murderer. And then the murderer, while locked away in jail, gets a hold of a smuggled cell phone, places a few calls to a few friends, and then the next thing I know there is a $2,500.00 bounty on my head. Well, I wouldn't actually know that, because it would all be secretive. But then the next thing that I actually would know is that there are a group of guys with bats and guns and chains outside more door, then inside, then I'm dead. I'm afraid of that because it actually happened to a guy back east.

Thanks, Wired Magazine, for tell me all about that.

Also this week I've been worrying about being pushed in front of a bus.

To explain: I frequent the Seattle bus tunnel that runs underneath the great city. It's very much like a subway station only with buses. There is a two to three foot yellow zone from the edge that you're not supposed to walk on, you know, for your safety and everything. A lot of times I'll stand right on the edge of that yellow line, so I'm two or three feet from where the buses roll by. What if some psycho came up right behind me and gave me a healthy shove? It's happened in real life, hasn't it? I even sometimes worry that I'll just begin to walk towards the edge and won't be able to stop. I won't know what's happening or why, and the next thing I know I'd be kissing bus tire treads.

Thanks, Stephen King, for doing that to one of your characters in a subway station. Now that is out there in the universe as a possibility, and just like Detta Walker I can lose my legs underneath a bus because some psycho Pusher picked me.

This week I was also afraid of what my wife would do to me after I poured grease all over her face and eyes and body.

To explain: Earlier this week she had been cooking this awesome meal that involved chickens. She had just drained all the hot chicken grease into a bowl and told me to stick it up in the cupboard because she needed all the counter space. Now, I think we both knew that this was not a good idea, that it had the potential for ending very badly, but time was short and I did what needed to be done and reached up to put the bowl of chicken grease on the top shelf of our plate cabinet. Fast forward to this afternoon as I'm emptying the dishwasher. I see the chicken grease, experience the sense of relief that this thing won't end badly, that I will be able to bring it safely down and dispose of it in a sensible fashion.

But then something distracts me. And I forget about it.

"Ohmygodwhatisthis?!" my wife yelled and brought the much feared possibility into stunning reality.

"Chicken grease," I said, because what else could I say, as I beheld my wife dripping with fat of chicken from her face and shoulders and chest?

"It got in my eyes," emanated through gritted teeth.

It was hard for me to hold in the laughs, which made my plight even worse. I've never been pushed through a window, and I didn't think the laughs would exactly help me keep that streak alive.

It's not funny. It's not funny that my wife accidentally had chicken fat poured all over her. And I basically did it, because I set the events in motion which culminated in the misfortune, and I even had the chance to preemptively redeem the hazard in waiting, but I failed. And it isn't funny—but for some reason I was still laughing.

And that's when it happened. She charged me from behind like a ferocious bull. she was surprisingly strong for five foot nothing and a weight I cannot disclose, but if you've seen her you know what I'm getting at. Surprisingly strong as she sent me careening for the window in our kitchen at a pace I thought was too fast for a joke, too fast to be stopped, backs slapped and laughs exchanged. Then my head was through the window, but at least my momentum was stopped. Then she was picking up my legs. Then I was falling from the second story of our condo complex. I was staring up into her raging eyes as I fell, not a tinge of regret on her face, even as I felt the pavement meet my back in abrupt embrace.

It really wasn't funny, and I shouldn't have laughed.

Of course none of that happened, but that's what I was afraid of. But I have a wonderful, loving wife, and she was laughing with me after a few minutes, even as she discovered more liquid chicken on her shoulder.
Posted by JD at 4:04 PM 1 comment: Links to this post

Thank You, PETA, for All the Laughs

At least in terms of comedy there is no better country on the face of this planet to live than these God-blessed united states of America.

Please find me other country that has an organization like PETA that would protest our local Pike Place fish throwers for tossing fish "corpses used as toys" and then offer to send them rubber replacement fish.

Can you dig that?!

The fish throwers have been invited to do a demonstration for a veternarian conference in Seattle. I think the absolute best part is that PETA is threatening to expose any veternarian in their hometown if they participate in this conference where dead bodies are being tossed around like toys. That's why it's a joke--they can't possibly believe they are getting any reaction other than laughs, can they?

It always starts off innocently enough. 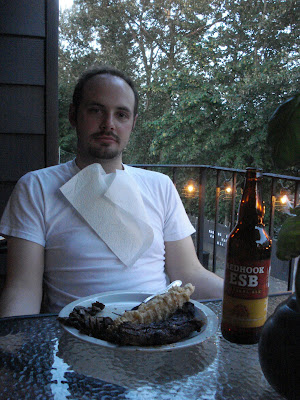 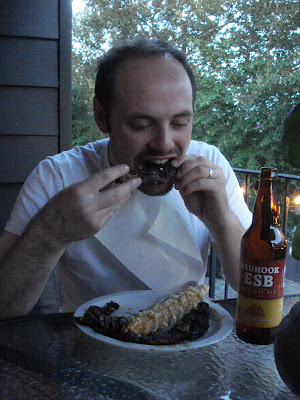 ...into utter darkness and I can't imagine that the chewing can be stopped until the beast is satisfied. 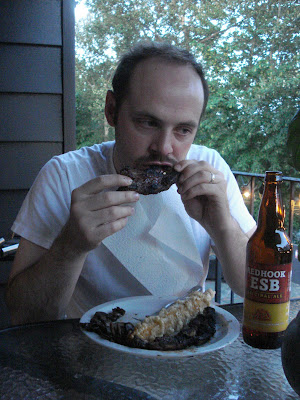 This one means I'm happy. 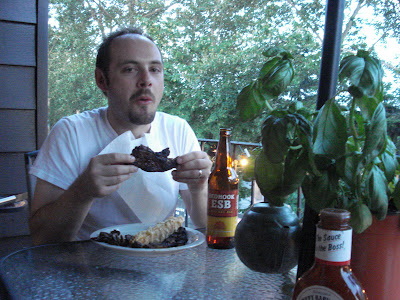 Soon I realize that I'm not satisfied with just my food. 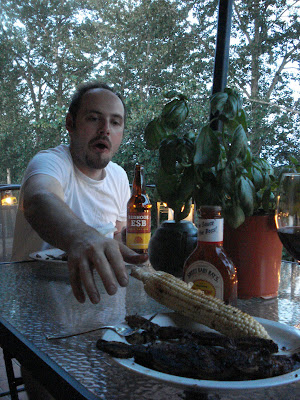 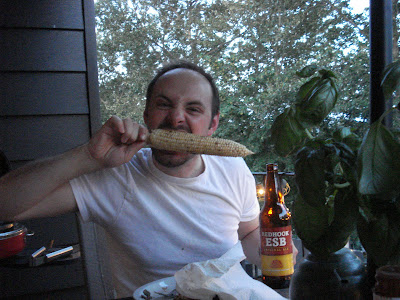 Regret and remorse is never far from a sitting like this. 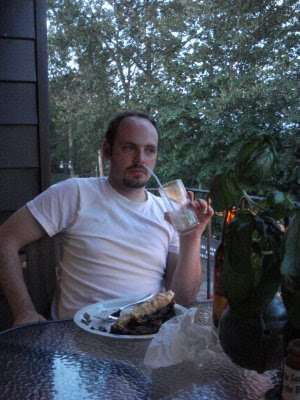 So goes a life of addiction coupled with unparalleled passion.