A Walk With Gretel 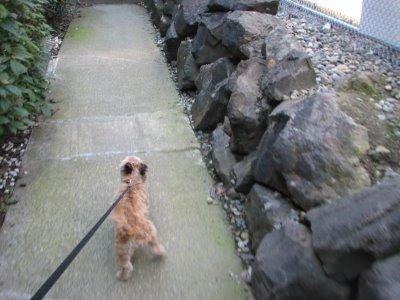 I went for a walk with Gretel the other day and I decided to take a camera so that you could be included. This is the kind of thing that I do with her everyday, it gets a little old, so bringing a camera really spices things up.

The first person I saw was my neighbor, Steve. This is not my neighbor Steve. I would be much too embarrassed to ask for a picture of him (though I'm not embarrassed enough to keep from walking around like I'm a tourist in my own condo complex), so I went and found a picture of someone close to looking like him on Google. I don't know if he has tattoos because I've never seen him in a tank top, but he does have a beard like that. Anyway, he said that he was going to Elma for a pool tournament this weekend—isn't that great? I told him good luck but that I didn't hold out much hope for him, even if you're the number one seed it's still very difficult to win a large tournament. He didn't say anything to that so I kept on going.

Gretel usually does something that brings shame to her and myself, and this time it was peeing in plain sight. 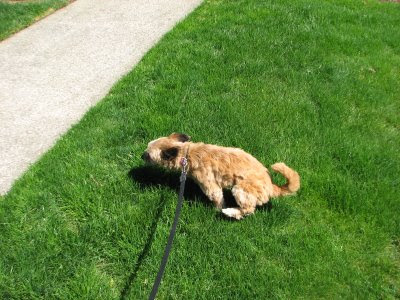 I think that it's shameful to live your life that way and I've been trying to teach her how to pee behind trees or bushes only when she's sure no one is looking. But she is still very openly rebellious and isn't taking to the training. Actually, after this picture she looked right up into my face, eyeballing me, as if to say, "That's right I did it, what of it?" I promptly attempted to kick a 50-yard Gretel goal, but she scurried out of the way just in time.

The next thing I saw was a B.S.B.G.* I stopped dead in my tracks and waited for him to pass.

I know it's still bad, but this is a big improvement from what I used to do. When I used to see one I would throw my wallet on the ground, take three giant steps backwards, hold up my hands and say "I don't want any trouble." (This should be read more as me making fun of the idea of racism than me actually being racist. If you don't read it that way then I'm screwed.)

While I was letting Gretel play around I managed to snap a picture of the evil one's house. 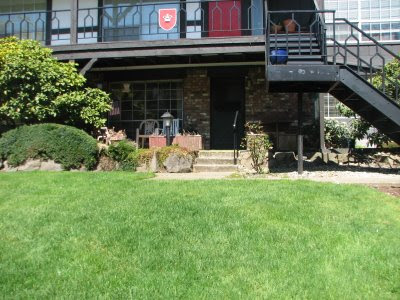 Ok, this part isn't a lie. The old man who lives here has yelled at me and my wife about letting Gretel go on "his lawn" (it's a condo pal, it's all of it our lawn). He has threatened to poison Gretel and he has picked up a stick and threatened me with it. He hasn't given my any crap lately, but I just wanted to document this and officially put him on notice.

The last thing I did was get the mail. See, here is where I get it. 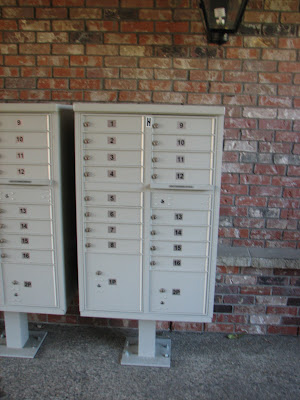 And here is the mail that we got. 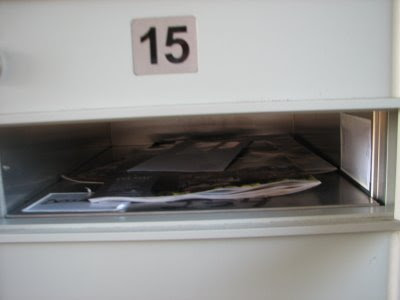 But what is not pictured is me making an obscene gesture at my mailbox because it didn't have the DVD that I was expecting to receive. I'm sorry that had to be censored, but I had no choice, it just wasn't Christian of me.


*Big Scary Black Guy: This wasn't actually the black guy that I saw, but as with my other neighbor, I was much to afraid to snap a photograph of this fellow.
Posted by JD at 2:49 PM

Email ThisBlogThis!Share to TwitterShare to FacebookShare to Pinterest
Labels: BSBG, Going for a walk, Jason DesLongchamp

You're evil... but funny.
But not evil like evil Newt-neighbor.
Hehe...

I guessed right away what bsbg was, seeings how the picture told a thousand words. Unfortunately it seems the acronym is already taken though because when I went to see if that was something you made up I found the British Shorthair Breeders Group & the ever popular french phrase Bon Chic Bon Genre. So, I guess it can't use it for my next website. Keep trying though.